READ MORE
These peaks are part of the Manang Himal, which are quite rightly included in the larger Damodar Himal, the eastern limit of which runs south from Chako and Peak 6687 in a north-to-south direction along the Hunlung Khola, Nar Khola and Phu Khola. To the south it is bounded by the Marsyangdi Khola and the Mesokanta La. To the west its limit is the Kali Gandaki and to the north the Parchekya La (5,447m/17870ft).

There exists considerable confusion with regard to the name and location of the Chulu peaks and what summit actually constitutes Chulu West and Chulu East, since it is soon becomes apparent to anyone that has climbed in the range that several other summits close by, which are actually part of the Chulu massif, are not indicated on present maps of the area. For the sake of clarification, four summits can be included in the Chulu group, two of which are possible on the permit for Chulu West and two on the Chulu East permit. What is apparent is that the available trekking map is highly misleading.

Many climbers are confused as to the exact location of these two peaks as the range has 4 or more summits in the immediate vicinity which are unmarked in maps of this area. As a result many climbing parties have mistakenly climbed one of these peaks thinking it to be Chulu East or West. It usually understood that with the permit to climb the East or West peak an attempt can be made to the nearby peak as well.

A climb of one or both of these peaks combined with Nepal's most famous Around the Annapurna trek make up for one of the most spectacular Himalayan trekking and climbing outings. Allow about 25 to 30 days to complete this climb and trek.

The cost does not include the expenses of personal nature, personal climbing gear, rescue by helicopter and accident insurance. 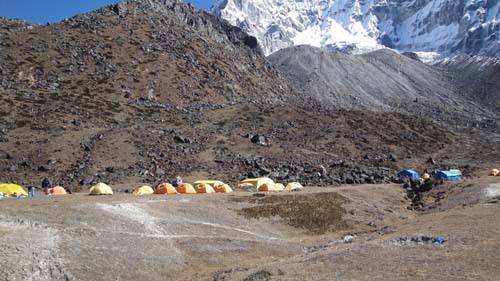 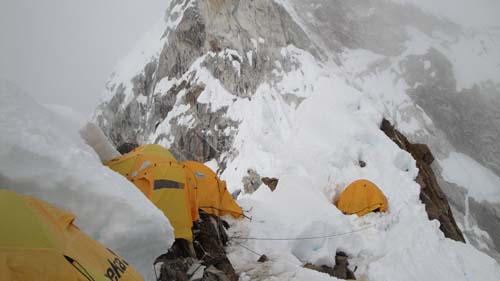 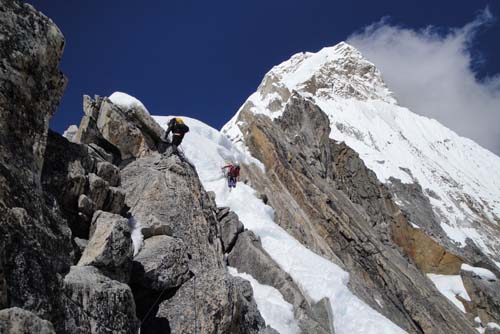