READ MORE
Considered as one of the most challenging treks in Nepal, the Manaslu Circuit will reward the adventurous with an unparalleled alpine experience. Opened in 1992, this area offers a combination of rich culture heritage, unsurpassed beauty, and biological diversity.
We ascend the Gandaki River valley, which is fed by innumerable rivers and waterfalls, offering the chance of a plungeinto some bathing pools. From here, the streneous section begins and yaks begin to out number people in the rocky landscape. In Samagoan (3450m) we visit the glacial green lake of Birendra, before crossing into mystic Samdo, a mere 15km from the Tibetan border. Here Tibetan monks inhabit sacred monasteries and combined with the views of the Tibetan plateau against stark white Himalayas this is a truly spiritual place. The biggest challenge then awaits - crossing the snow bound Larkya La pass (5213m). Snow-covered peaks over 6500m towers above as we cross. The descent, once off the snow, takes us through alpine then tropical areas, bursting with ferns, bamboo, pine trees, waterfalls and aqua-blue green lakes laced with cotton-white beaches. Finally, Manaslu will disappear as we descend to Beshishar (832m.) This 3week excursion will leave you with a sense of peace and respect for the people of Nepal and its ecological wonders.
Highlights: Views of Tibet and an insight into Tibetan culture through various monasteries and Tibetan settlements. Un spoilt mountain views, bathing pools, lakes and waterfalls surrounded by alpine and tropical forests. 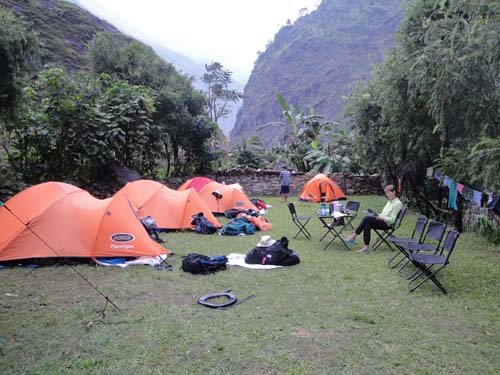 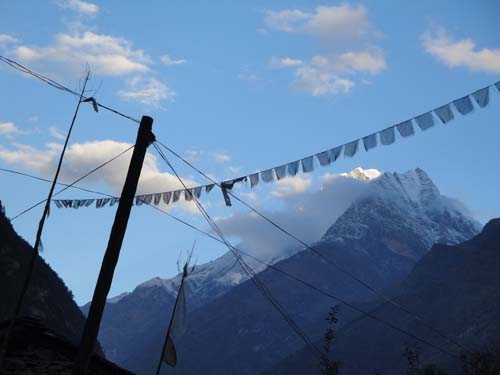 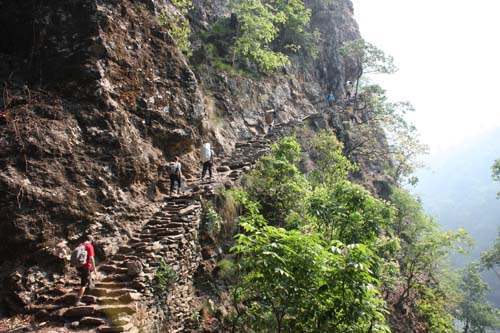 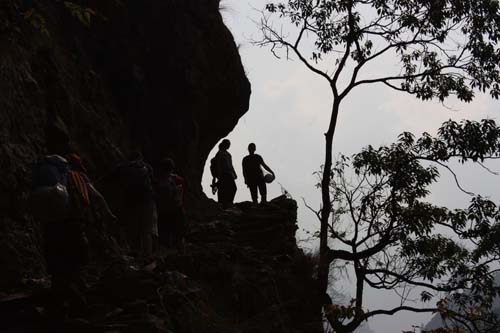 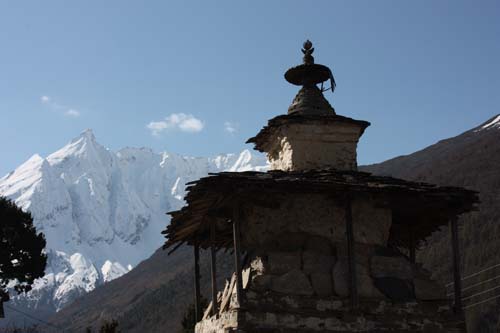 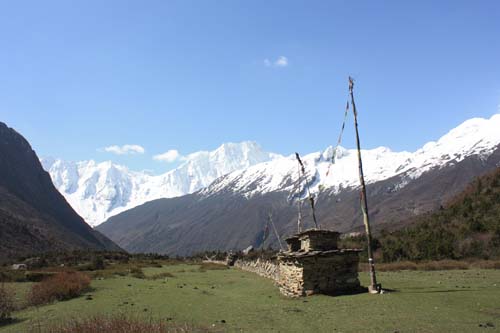 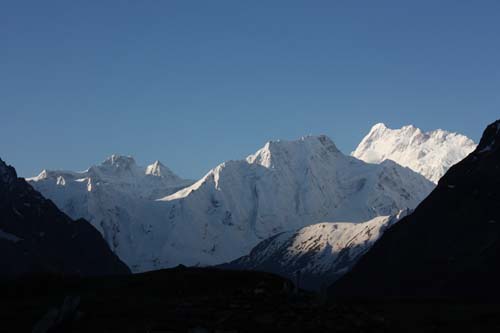