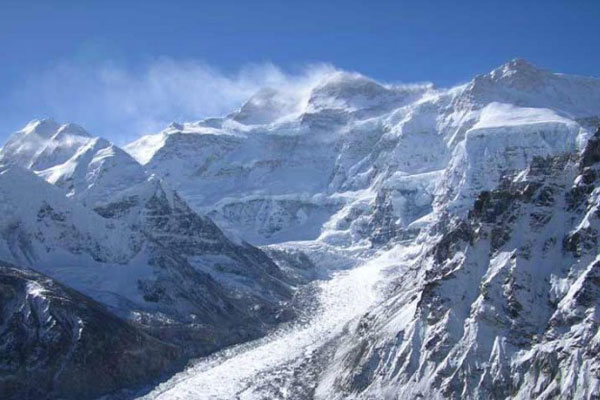 Of all the world's great peaks,, Kanchenjunga is perhaps the least known; the third highest in the world at 8,598m, it sits astride the Nepal/Sikkim border only a few miles from Tibet. This route was opened to the trekkers in 1988, though people have trekked in the area in connection with Trekking In Kanchanjunga Region
mountaineering expedition since the turn of the century. Kanchenjunga is along way from Kathmandu and the nearest road and airports are along way from the mountains. Our long trek here climbs from the intensively cultivated hillsides of the Nepal Midlands, populated by the Rai and Limbu tribes, towards the peaks of Jannu and Khabru and the great wall of Kumbakarna, Kanchenjunga and Rathong, passing on the way through some of the finest high mountain scenery anywhere. Until very recently this was a restricted area, so this is an ideal trek for those who already know Nepal and want to get away from the better known areas and visit a remoter part where few foreigners have penetrated.

We fly from Kathmandu to Biratnagar and transfer to Basantapur on the same day. The trek begins with our first camp at Chauki then trek through Gyabla, and ascend to the higher camp at Pang Pema (5120m) and camp at Lhonak. The trek concludes at Suketar via the descent from Omje Khola, from where we fly back to Kathmandu.

Now we plan to trek in one of the most remote and beautiful areas in Nepal which still lies... 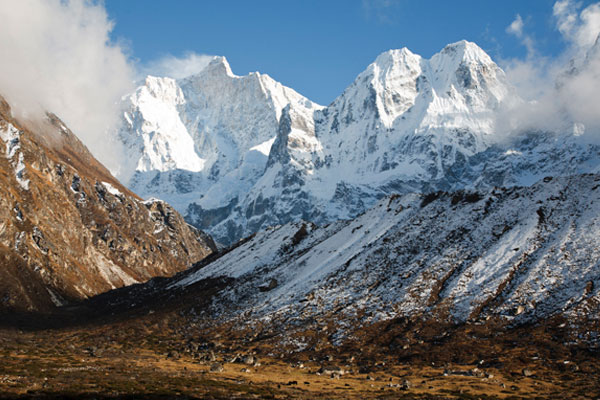 Of all the world's great peaks, Kanchenjunga is perhaps the least known; the third highest in the...